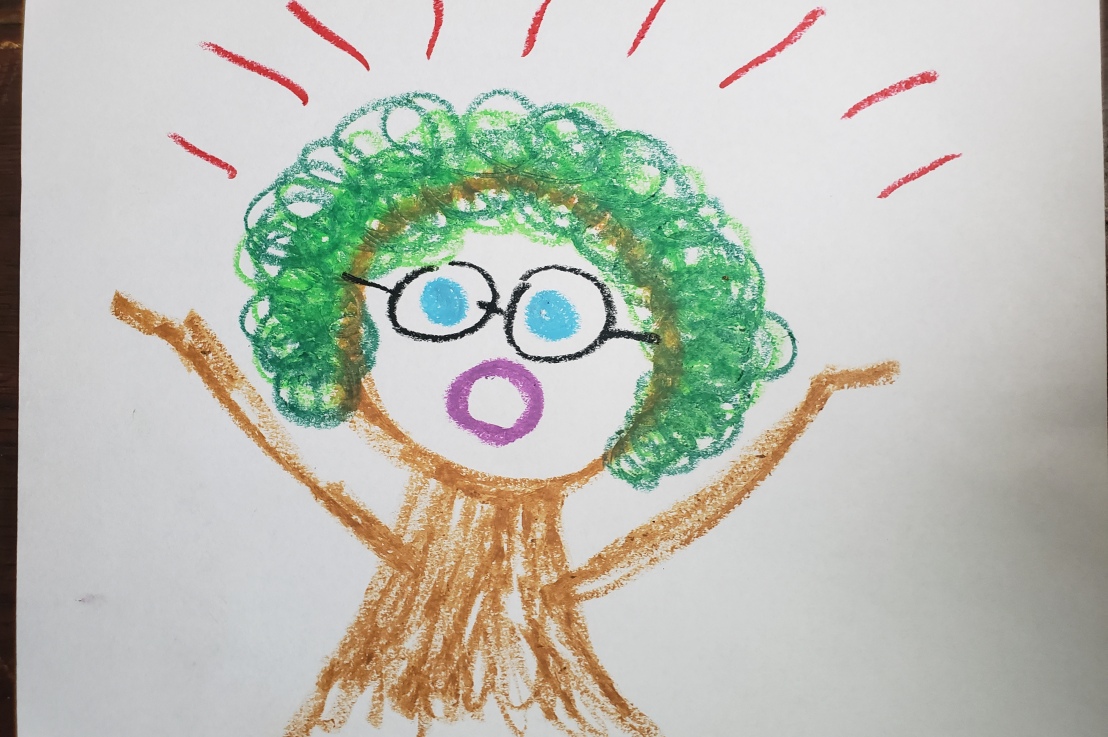 I’ll be back to posting on Thursdays next week. BUT MAN! THIS HAS BEEN A HUGE WEEK: MY APOCALYPTIC THANKSGIVING IS RELEASED 11/22/2022. 12 streaming platforms means we have a streaming platform for every year it took to make. Surreal!

And there’s more because my mind has been completely blown. Yes. That’s what my silly drawing is supposed to represent.

It’s this whole process that I’ve been going through with my writing. I was able to blast out an entire outline for a feature in less than four hours. This was pretty wild to me except there is more… I wrote 18 pages in less than four hours amidst all my cooking yesterday. Seriously!?! Mind blown because I used to antagonize over every comma. Okay. Commas still make me pause a little. But…The rest just flowed.

I’ve been reflecting on how this is possible. Sure, I’ve written enough scripts to be pretty speedy. But there is more to it… It’s about being more specific. As I’ve been working on my directing craft, this has become even more important: Translate my writing into action items rather than abstract musings grounded only in my imagination.

We now get to my perfect storm… I recently read an article about an A-List actor not liking the direction they’re taking his character. Why? He’s become the butt of the joke instead of him being a part of it like in the past. As I could tell this from the trailer, I didn’t see his latest movie.

Don’t get me wrong: I LOVE strong women characters. But this shit of making them perfect instead of just their hair is sexist bullshit. This whole bait-and-switch bullshit is just that too: BULLSHIT. Why? It’s sexist to hijack male character movies with these female superheroes. The reason is obvious: Studio executives don’t believe these female characters can carry their own films.

So, I’ll name names to be specific: IF YOU’RE GOING TO MAKE A THOR MOVIE, THOR NEEDS TO DRIVE THE MOVIE. He shouldn’t be an afterthought. People go to those movies to see Thor be a badass rather than the zany sidekick of the random girl boss of the day.

Yes, I can call out this girl boss shit being as how I’m a girl. And I’d much rather have even one Samantha Caine from THE LONG KISS GOOD NIGHT than hundreds of female Mary Sues starting to overrun the Marvel universe. Yup. I used to once be super excited about Marvel movies coming out. I’m done now. This is also true of the TV shows since the Netflix shows were starting to decline before Disney plugged the plug. As for the ones on Disney+ now, they all look too cheery and light for me.

Marvel has also destroyed the brand that Chris Hemsworth spent decades cultivating. Huh? Actors at his level are like their own products. What Marvel has done to Chris would be like if Tom Cruise could only play a geriatric guy forever stuck in an old folk’s home. TWO WORDS: Yeah, right!?! I know that most people don’t need me to link to what Tom has accomplished. Still, you just never know. There are probably at least 12 people in the world who haven’t heard of him. Not much more than that. We just need to bring those 12 into the know.

But I’m just an indie filmmaker without Marvel’s resources. EXCEPT making the indie feature MY APOCALYPTIC THANKSGIVING proved to me that I don’t those to make an award-winning movie. How? I just need to turn my actors into my set pieces. What’s a set piece? That fancy thing in a movie that sells popcorn. Car chases, explosions, battles, etc. But you also don’t need all that if my actors become them… ??? Give them complex characters in simple stories that let them shine.

Great. What does this have to do with Chris? I wrote this dramedy specifically with him in mind. It would showcase his acting abilities and comedic timing. As he’s also a dynamic actor, I’m happy to bring him in early to work with me on the script. But I also know that it’s very off-brand for him. This means that I’m not holding out 100% hope that he’ll call me tomorrow except I’ll say that this can help him change the trajectory of his career. This draft also won’t be done until next week. So, there is that too.

My other projects? I needed to write something different between my drafts of 3 WISHES. Yes. Some people can only work on one project at a time. This drives me crazy for the variety gives me fresh eyes when I return to projects. An example is how I wrote a third feature script outside of the two required scripts for my thesis during my master of fine arts. I called it my “no stakes” script. Why? It let breathe.

And I’ll be getting back to my shorts for me to keep honing my filmmaking skills. Some are proof of concepts for longer projects. I’m also working on how to build a cost-effective 40-hour-week production schedule to allow more than perfectly abled people to participate. Plus, I also think it’s really hard on my actors to expect them to match their freshness on their 18th hour in as they are on their first hour. They’re human beings rather than robots. More on that later.

I’ll be back next Thursday with yet another announcement.

In the meantime, let me know your thoughts on here or crazygirlpictures@gmail.com.