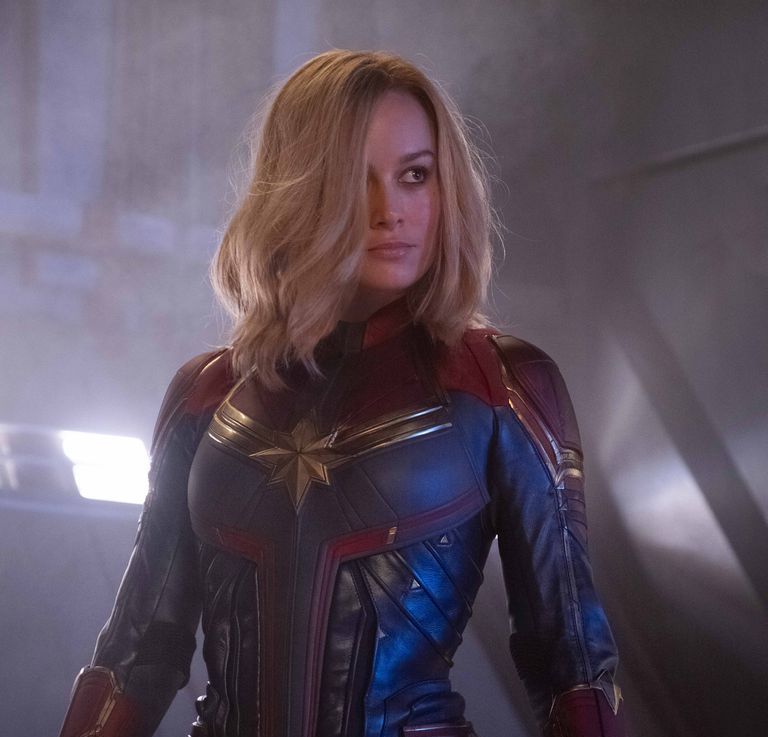 I saw both CAPTAIN MARVEL and ENDGAME this week. And I’m primarily going to talk about CAPTAIN MARVEL with a tiny bit about ENDGAME with *SPOILERS*. If you don’t want spoilers, stop reading right here.

The thing is that I understand the timing of the CAPTAIN MARVEL (Brie Larson)  movie. You need some backstory before she shows up in ENDGAME. And I admit that I’m thankful she only helps instead of completely saving the day. If she had, it would have been World War III because she didn’t earn the right to do it. We’ve had something like 21 films with the other characters leading to this point. Her one movie also doesn’t cut it since it’s not that good.

I’d say the closest movie that comes to mind is GREEN LANTERN with Ryan Reynolds. Ouch. I know except both movies have complex worlds that use a fair amount of exposition. But the exposition is told rather than shown in both movies. It’s true that they show Captain Marvel’s blood to hint at her alien background. This was a good show for sure. A thing to consider is that Yon-Rogg (Jude Law) later explained it away by stating that it was his blood coursing in her veins.

As for Yon Rogg, he tried to control Captain Marvel. He probably did this because he wanted the power her body absorbed. I just have to ask why he didn’t just kill Captain Marvel in order to get that power. It simply makes no sense that he would take the time to train her to be a fighter. And he even took the time to train her to fight without her powers. Is his plan to remove her power once she can kick his ass? I’ll be honest that it more likely is to feed a storyline about how men “keep” women down given their last exchange in the movie.

Another aspect of the Yon Rogg character is his desire for Captain Marvel to control her emotions. This also no doubt was also put in to poke fun at the fact that women are stereotypically considered “too emotional.” And we supposedly need men to put us in our place like how those little devices did to Captain Marvel until she ripped them off in the end.

About that… I don’t understand why Captain Marvel remained so docile during those years she was living under an assumed identity. This is keeping those little stickers on her neck to control her power. I think that this is a bunch of bullshit. Women are only as weak as they allow themselves to be. My reason for pointing this out is that she becomes pretty feisty once she gets to Earth .i.e. Captain Marvel believes what I believe. This was also long before she learned her true identity.

Nick Fury (Samuel L. Jackson) is also a fun character except he has more of an arc than Captain Marvel. He went from “I don’t believe” to a “holy shit! I completely believe.” But his arc isn’t strong as it could be… Why you ask? Nick’s arc is all about his job. It’s not something that he has something personally at stake. Sure. He cares about Captain Marvel… as a COLLEAGUE. They had no chemistry or love connection.

I’m not going to pick on Brie Larson’s acting for it does what it needs to do in this movie to get the job done. It’s just that it could have been so much more with better writing. The guys that come to mind are the ones who wrote ENDGAME. I first became aware of the writing team Christopher Markus and Stephen McFeely from a small film called YOU KILL ME. I laugh my ass off when I even just think about that movie. It’s that great. But I imagine the guys had their hands full writing the different Avengers movies and the Captain America movies.

And I also imagine some of you think that I’m sexist because I’m suggesting men write Captain Marvel. But I am not basing it on the writers’ sexes for I would have been ecstatic if Melissa Rosenberg also wrote the script. She created “Jessica Jones” for Netflix and wrote all of the Twilight movies. It’s just that these different writers understand how to add emotional complexity to superheroes. And that is exactly what Captain Marvel so desperately needed in her debut film.

I know… I know… Captain Marvel is a superhero movie rather than a drama where emotions are king. Here’s the deal though: Your audience doesn’t relate to being able to fly in outer space without an oxygen tank. However, they can relate to a superhero’s emotions. We’ve all loved, felt truly alive and accomplished major things. Emotionally complex characters also are fertile grounds for unlimited stories for those stories come from the character. You can do just about anything with character-based stories.

But not so much with plot-based stories like in the case with Captain Marvel the movie. I imagine that they are probably next going to have a movie where she loses her powers and immediately goes back to being the “Top Gun” that she was prior to gaining her powers. My rationale is that they will keep Captain Marvel in “Mary Sue” land instead of force her to make truly hard choices like they did with WONDER WOMAN at the end of her movie where she grappled with her humanity and faced a great loss.

Captain Marvel had none of that since she had no clear emotional connection to any of the Kree including her mentor Yon Rogg. It was little better for Captain Marvel’s connection to Maria Rambeau (Lashana Lynch) in the human aspect of her story.

I just hope that they bring in different writers for the next Captain Marvel movies. We need better storylines than “you can’t keep us women down.” How about stop lecturing everyone and just get shit done regardless of how tough it gets? After all… Wasn’t that the point of the montage showing Carol Danvers continually standing back up every time she fell in CAPTAIN MARVEL?

2 thoughts on “A Few Thoughts on CAPTAIN MARVEL…”

Thanks to #filmindependent.. I got to see #quentintarantino new movie #onceuponatimeinhollywood and the man himself along with his long time First AD. It was so surreal since he is one of the reasons I became a filmmaker.
I'm on set for my commercial/PSA for my class. It was a ton of fun! I'm learning so much in this class. It's so cool. #eastlosangelesskillcenter
TC Frantz made this poster for my #shortfilm #promises. It was a fun poster. #supportindiefilm #indiefilm #film #filmmaking
@luvparismontana has graciously loaned us some of her jewelry for my #shortfilm #promises. We're super excited! They suit the character perfectly!
#reelabilitiesfilmfestival. The panel for #therworddocumentary. A great film intended to fight stigma. @reelabilitiesla
A tribute to my 12 year old self. I remember that I was totally enamored with their music. It was especially true when I saw all of the parents cringe at their music. 😊😊😊
%d bloggers like this: