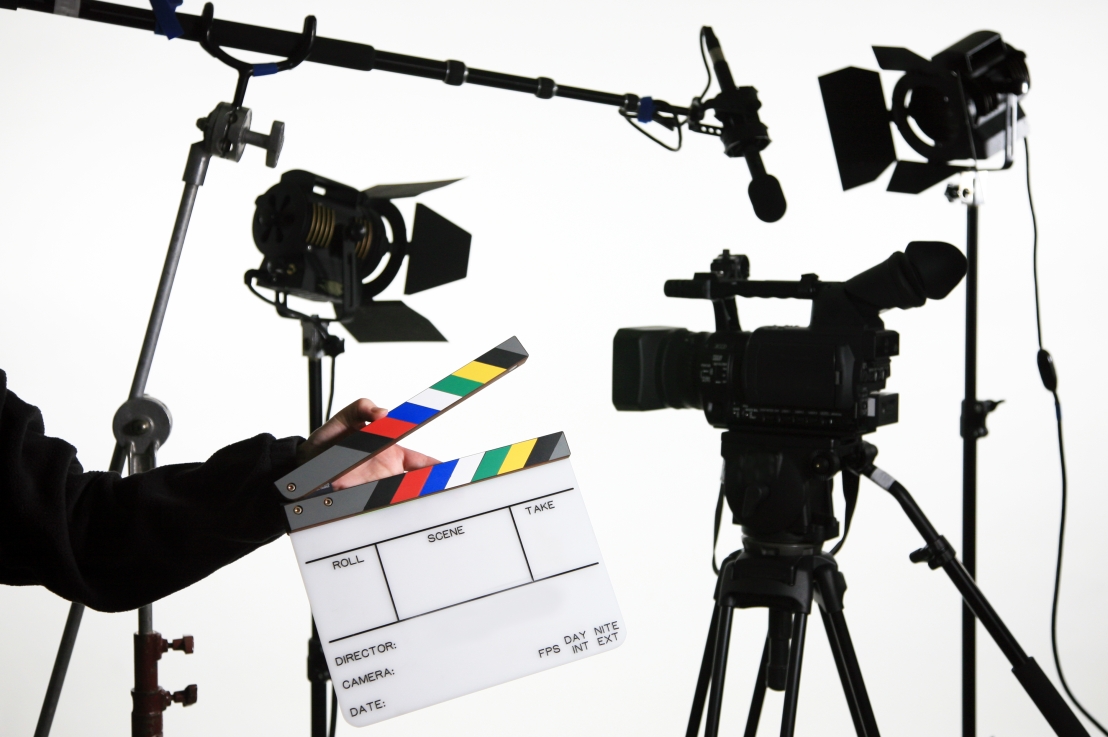 Today being Independence Day got me thinking about… Well, independence of course. J The most obvious form of independence in my life is my filmmaking. My reason for this is that none of my credits came via the “Studio System.” They were all independently financed.

And I’m more than glad about this. Don’t worry. I’m not going to bash the Studio System for I believe there is real value in their approach. There is nothing like a big budget film from Hollywood. They can be absolutely amazing. But indie films also have their own magic. Plus, I know firsthand from working on them that they can also be super cool. I say this because I have learned so much working on my different independent projects.

As for why I learned on my indie projects, it comes down to the fact that shit needs to get done. This shit isn’t loyal to job titles. It’ll take whatever help it can get. I would just simply go for it. But my lessons and abilities weren’t just limited to my filmmaking skills. They also radically changed the way that I built pages in my scripts – features and shorts. It was that they taught me to look beyond the page. I know that this sounds funny except hear me out.

I’ve mentioned in the past that learning how to write was an incredible challenge for me. It came from not having a solid foundation from having gone to so many schools. A fallout from that was that I was completely hung up on how my pages looked. I remember once reading a script on the Black List (an annual list of unproduced scripts to watch out for) where it had multiple sentences in a row starting with the same word. I know that this sounds petty except it shows a real laziness on the writer’s part. It’s like they couldn’t be bothered to find a different word choice that would make for more interesting reading. How also can they handle the big shit if they blow off the little shit?

Another aspect to being caught up on the page was that I was more worried about how my pages were than how they translate to film. But I now think in terms of production when I write my pages. I consider things like how difficult it would be to film having multiple characters talking all together that once in a scene and/or scenes. Other considerations are about budget. I know… I know… This is the producer in me coming out except I’m no longer interested in waiting to craft the perfect script for someone else to make it. I could be waiting for a helluva long time for that to happen if in fact it really does. It’s not that I’ve lowered my standard for my pages. They’re actually higher since my pages won’t necessarily be put through “Development” in the same way.

I know that the term “Development” seems pretty self-explanatory; however, I’ll explain it for people not in the business. It’s where the Studios give you a ton of notes to rewrite your script to make it the best it can be and/or fulfill whatever marks that studio wants it to fill. I went through a similar process when I did my thesis for my MFA in screenwriting. My biggest lesson from that was clarity. (https://hollysoriano.com/2018/04/09/dog-theory/) I wrote a script where I threw any budgetary notions out the window. It’s a dystopian story with vampires with a complex world and rules. I also struggled for I had originally envisioned the story to be a trilogy.

But my thesis advisor thought that I’d have a better chance at getting this script through thesis if I did it as a standalone. I ended up rewriting my First Act over ten times in addition to it having to make multiple passes through the thesis committee before it got approved. The biggest reason was that it was not clear for all of the obvious reasons. In fact, it’s still not clear except my plan is to novelize it and turn it into a TV show where it can room to breathe. I think that will save it for I do believe that it’s got potential. I’ll also do a plug for Leslie Wainger since she gave me ideas on how to novelize my script. (http://www.lesliewainger-bookdoctor.com/) She wrote the Dummies Guide to writing romance novels based on a ton of experience.

My other script on the other hand had a few main characters and limited locations. I was able to quickly bang it out without having to do too much rewriting. It also only made one trip through the thesis committee. This wasn’t to say that it was “done” after this. But it was significantly clearer than my other story. And its secret was that I was preparing it to be produced independently. It’ll have a much bigger budget than other stories since I need crowds of kids wearing private school uniforms. But I’m sure that there are workarounds for this…

This is also not to say that I would reject a Big Studio assignment or turn one down if it were to want to purchase my scripts. I’d even say… Bring it on! It’s that I now feel so much better prepared for those days to happen now with my indie production experiences under my belt. It comes down to something a script consultant once said: She pointed out that you’re asking someone to invest possibly up to millions in your script. How can you expect them to do that if you’re not willing to do that yourself? And how do they know that they’d be in good hands if they did?

Today marks five weeks of #processedsugarfree. As I started working out more consistently, my weight is still in flux. But I'm feeling better. My reward today is getting to hear Rian Johnson (KNIVES OUT) and Karyn Kusama (GIRLFIGHT) talk together via Film Independent. It's super cool!
Here's the beginning of my vision board. I used crayons to draw like I have fine over the years. My plan is to finish it tomorrow. Richard was more official in that he used his computer to make his. And that's why we make a good team because we approach things differently. But we almost always find a way to make things better than if we had just done them alone.
Today marks week four of being #processedsugarfree. I decided to be more aggressive with my #intermittenfasting and my #workouts. It's still a process. But it's a good one. As my reward, I bought myself some small notebooks to write out my to do lists instead of keeping them in my head. My list is long to put it mildly. So what? Now is the time to be busy rather than spiraling. How about you? What's up with you?
I wrote about #suicide and #writing in this week's blog post... www.hollysoriano.com/suicide
I'm #processedsugarfree for another week. This makes three. My head is clearing. Plus, my energy is returning. My plan had been to cut my hair to reward myself last week. I'll do that this week along with my very own facial. (Hold my face over blowing water for the steam.) I also have a scrub for my face. So, what about last week? What ended up being my reward? I finished the taxes and cleaned my office. That's why it made in my picture. What about you? How are you taking care of yourself in the #apocalypse? Any Pearl's of wisdom you want to share?
Hey everyone! I wrote about journaling during the Coronavirus. #amwriting #writing #journaling #amjournaling #blog #writingcommunity www.hollysoriano.com/journals-in-the-coronavirus let me know your thoughts!
%d bloggers like this: